By AppointedGH On Feb 26, 2020
0 21
Share
Shatta Wale Dissed Me First Because Of My “Say Fi” Post – Yaa Pono Gives Details On Beef With Shatta Wale 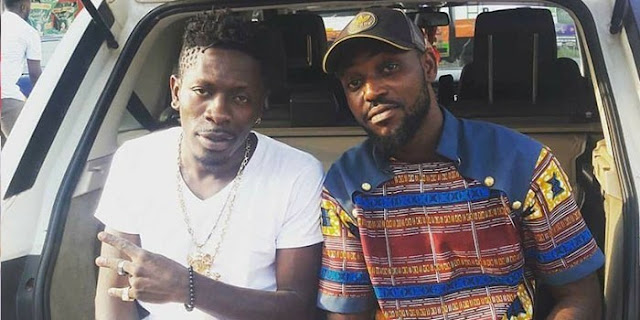 Popular Ghanaian rapper abd boss of Uptown Energy, Yaa Pono has accounted the full details on how the beef with Shatta Wale started.
The Yaa Pono and Shatta Wale beef was one of the most intensive beef’s ever in the music industry.
Related Posts

Lady runs mad after getting off from an Okada, shocking…

Yaa Pono in an interview, disclosed Shatta Wale was the one who dissed him first after he made a simple post “SayFi”.
Talking to Abeiku Santana, Yaa Pono revealed the post was harmless but Shatta Wale used it to diss him and that made him retaliate with “Gbee Naabu”
0 21
Share

Lady runs mad after getting off from an Okada, shocking video drops (WATCH)